A few months ago, when Nokia revived the legendary Nokia 3310 with a completely new design and modern features, people were super excited about the phone. At its launch, it was met with such positivity, Nokia was astounded by how people rushed to buy the phone and get some reminiscences of the older year 2000 model. The revised model which debuted earlier this year became a topic of discussion all over the internet, with every kind of meme being hurled at it.

But to be honest, the redesigned phone was actually a work of genius. It’s only major letdown was that it was running on a 2.5G network, basically downscaling it to use 2Gnetworks. As we all know, the world is slowly getting rid of 2G connections and soon they will become obsolete. Already, countries like the USA, New Zealand, Singapore and the Netherlands have already decommissioned 2G devices and networks, rendering them useless in such countries.

To keep the New Nokia 3310 afloat, the phone maker, HMD has announced that they are working on a new 3G enabled Nokia 3310, which will hit the market soon. According to Mashable, Australia is likely to be the first place to taste the all-new 3G powered Nokia 3310. This is because Australia is currently in the process of closing the last of its 2G networks in the country. Already, some major network providers in the country, such as Telstra and Optus have already shut them down. Vodafone has announced that it will kill its 2G connection in Australia on March 31st next year (2018).

It’s likely that Nokia did not foresee this untimely cause of death for their new upgraded 3310 when they launched it earlier in February this year. However, the fast move to reproduce it in 3G will probably save the “Snake” (as most people love to call the Nokia 3310), for maybe another one more decade. The first 3G enabled Nokia 3310 hits the Australian market on October 16 this year, and then it will be shipped to other countries later on. 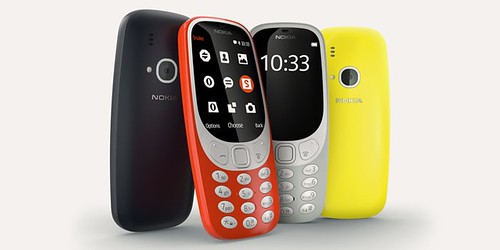