Before launching any phone, it’s obvious that every information available about it is presumed. Google pixel 2 XL is no different either. The phone will follow the trend of a bezel-less design while its competitor the iphone8 will have edge sense. Coming to their prices, the iPhone 8 is expected to hit a record price of 1000$ as the Google pixel scales around 700$to 800 $.

All the same, Google’s Pixel 2 XL is pretty fast since it’s equipped with 3 different chips, all from QUALCOMM. These probably are Snapdragon 835, Snapdragon 835 Pro or Snapdragon 836 chips. The most interesting features in the Pixel 2 however, are the two front-facing stereo speakers, which are more than a welcomed addition. Unfortunately, the speakers will come at the expense of the 3.5 mm headphone jack.

Surprisingly, the Google Pixel 2 will also come with a superior camera than the iPhone 8 one that will offer quality photographing without spending a lot of money on additional software. Nevertheless, Apple is also upgrading its camera for the iPhone 8.

While setting up the Pixel XL 2 for the first time, users will be asked to visit the website g.co/pixel phone tour (not yet functional). This is probably a tutorial website that guides users on how to use the phone.

Other expected features in the Pixel XL 2 are an Android O software which is said to come with an Easter egg feature that involves “an octopus in an ocean.” It might be a mini game of some sort. The Easter egg in Android Nougat involves collecting cats, whereas for the previous two Android versions it involves a Flappy Bird-style game.

Overall, Google pixel will offer the good camera, powerful speed, and good storage, while on the other hand the iPhone 8 will have a flashy design involving a superb metal glass finish.

Conclusively, although we can’t exactly predict what features the Google pixel will bring on board at that price range, but, considering the reports going around it’s highly likely that the Google pixel 2 XL is going to conquer the iPhone 8. All the same, iPhones are always and will always compete on a different level than other phones, because the brand is associated with pre-eminence 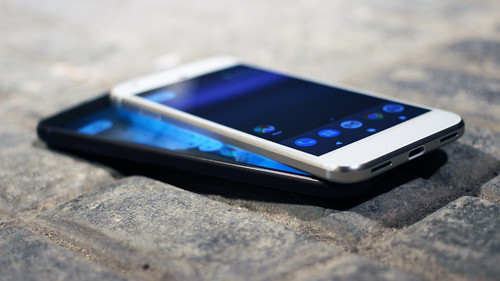 “Google Pixel and Pixel XL smartphones” (CC BY 2.0) by pestoverde