July 16, 2017 -Game of Thrones Season 7 Premiere Sets Ratings Record for Italy, UK’s Sky Atlantic simulcast. According to Hollywood Reporter, the show became the most viewed international TV show premiere for the group which is owned and operated by Sky plc.

A smart marketing campaign by Sky Italia also contributed to the success of the launch after they held a 2-day event which consists of cosplay, parades and live concerts in Milan’s 15th century Sforzesco Castle. They also organized a marathon dedicated for GOT fans and the public to run from Rome to Milan behind a big truck that shows on its big screen all the episodes of Games of Thrones (from Season 1 to Season 6) in a real marathon!

Out of 570,000 total viewers for this 7th opening season, 230,000 turned on Italy’s live broadcast at 3 am to stay abreast with the rest of the fans all over the world. These figures show more or less a 50% increase in viewership as compared to the 6th opening season of the same show.

According to TorrentFreak, it has been the most downloaded TV show from 2012 to 2015, with Australia on the top of the list, followed USA, Canada, UK, The Netherlands, Norway, Spain, Poland, Greece, and the Philippines. Based on statistics, the reason why people are downloading is that of the international delay in airing, the show is also only available to paying individuals in HBO.

A Game of Thrones is the first novel, (which is part of A Song of Ice and Fire epic fantasy series), written by American author George R. R. Martin that was first published in 1996 and won numerous awards before it was adapted for the screen by HBO. There are two more books left in the series that are forthcoming. 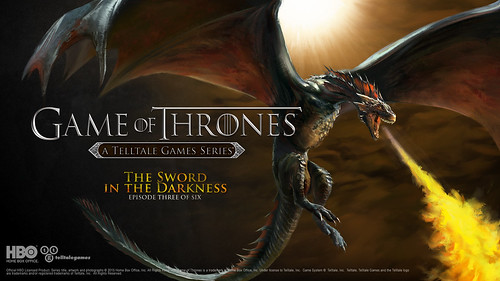 “Telltale Games Confirms Game of Thrones” (CC BY 2.0) by BagoGames