The booming of start-ups all over the world has seen some of the weirdest and most outrageous ideas come to life. Ranging from start-ups flying tourists to space, to drone delivery systems, Startups seem to be the life in the modern world. Ofo, a Chinese bike sharing startup is a good fit for this statement. The company has come to beat some of the oldest bike leasing companies in the world.

By incorporating some serious technologies in their bikes, the company has solved a rather perennial problem in the bike leasing industry. Ofo bikes are up to now the only bikes that you can lease and just leave them anywhere.

Ofo was founded by five students in 2014 and received about 1.2 billion dollars in funding so as to help it expand its borders beyond China. The company’s bike strategy works in a very weird manner, perhaps, it’s the reason behind its success. Unlike other bike hiring companies, you don’t need to dock an Ofo bike to a stipulated bike dock. All you need is to get to your destination and park the bike to the nearest place that has a bike parking sign. In short, when it comes to its security, the bike can take care of itself.

Normally, to hire an Ofo bike, all you need to do is download their smartphone app and the app will direct you to the nearest bike near you. Once you get to the bike, you can activate it by paying a 50p fee to lease the bike for 30 minutes and the bike will unlock itself for you. For this reason, people have come to like Ofo bikes over other bike leasing companies like Boris Bikes. Recently, the Chinese startup announced plans of releasing 200 bikes in Hackney (East London) as part of their pilot testing in the city.

As business insider published, by now Ofo has over 20 million bikes distributed all over 170 cities in the world. With the launching of the program in Britain, this number is expected to increase significantly. 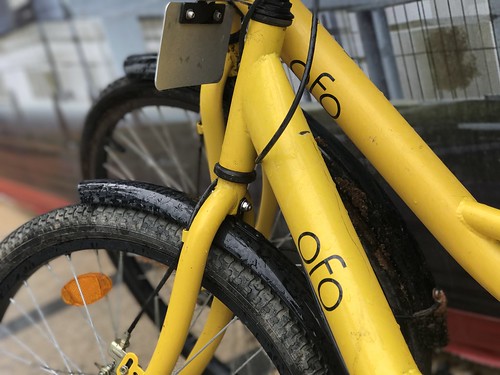