Barely months after reports showed the possibility of Ubisoft launching the next edition of Assassin’s Creed in Late October this year, fans have had no more than a sneaky peek of the game’s preview. The developer Ubisoft has managed to maintain some secrecy about the game and the curiosity is just killing the gaming community. We all know that new game dubbed the Assassin’s Creed Origins will be released on October 27 207, but nobody knows more than that.

However, for lucky you, Next worm has finally cracked the mystery of what to expect in this game. A Reddit user recently posted a photo of a titular assassin on the brink of the Great Sphinx of Giza. The photo is labeled “Assassin’s Creed Origins” and from the day it started circulating the internet, rumor has it that the Redditor must have been an Ubisoft Insider. From our research and from the deductions we’ve made from previous reports about AC Origins, we have garnered that the game will be set in an Ancient Egypt context; explained by the Great Sphinx in the game’s cover.

It’s not clear whether the game will copy some aspects of Assassin’s Creed 4: The Black Flag, but naval combat is a sure gamble in this new Assassin’s game. As usual, the game will be available in Xbox One’s 4K resolution, PS4 and Windows PC’s. Not much was leaked, however, from Ubisoft’s last E3 press briefing last month, apart from the possibility of a Deluxe Pack, a steel book case, and a Season Pass. All the same, according to Game Spot, the early fans who preorder the game will get the Secrets of the 1st Pyramids mission.

Assassin’s Creed Origins is a story of a man called Bayek who happens to be the last Madjay/ warrior and protector of his tribe. Having been set up in an Egyptian setting, the game will have some rideable camels as well as controllable bird of prey to do the sneaking and informing for you. 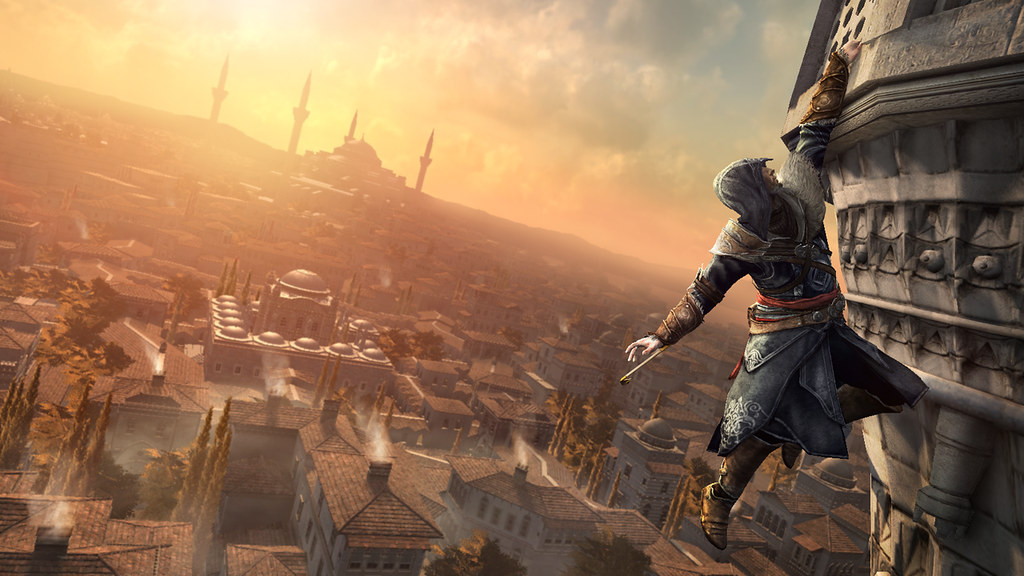